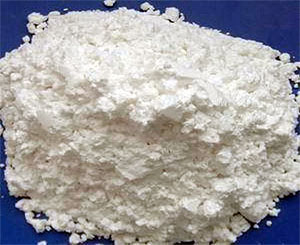 Aluminium silicate, also referred to as aluminum silicate, is a compound made from aluminum, oxygen and silicate that can take the form of a mineral as well as combine with water to make a clay. It has a hardness of 1-2 on the Mohs scale of mineral hardness. The refractive index of aluminium silicate is 1.56 and the density is 2.8 to 2.9 g/cm.

Aluminum silicate comes in three mineral forms: andalusite, kyanite and sillimanite, all of which have the chemical formula Al2SiO5 but have distinct crystal structures.

Another compound, magnesium aluminum silicate, is a garnet known as pyrope when found in the mineral form, and is considered to be the only garnet that is always red.

When magnesium aluminum silicate is hydrated it becomes a clay known as kaolin, which is used for treating ailments such as diarrhea and to combat diaper rash as well as rashes from poison oak and poison ivy.

When combined with magnesium and hydrated, the result is a clay mixture that sees common use in antacids as well as a thickener for cosmetics and other beauty products. It also appears as an inactive ingredient for deodorants.

The kyanite form of aluminium silicate is used to create mullite for industrial use, and this compound is used by the ceramics industry as a refractory, as well as to manufacture electrical insulating materials and heating elements.

The sillimanite form is used in such industries as glass-making, metal smelting and in iron foundries.

Aside from its use in medicine, kaolin also has industrial uses. The ceramics industry uses it to produce fine porcelain, for example. You can also use kaolin to make bricks and cement.