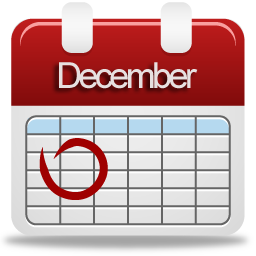 Turquoise, the timeless gem that always carries a piece of the sky, is the birthstone for December. Its characteristic light blue with hints of pale green is so distinct that any other object similarly-hued is quickly identified as being colored turquoise. Shakespeare wrote of "turquoise skies," and poets wrote of stars as "pearls scattered on a turquoise floor." It is found in various permutations of pale blue, pale green, and intermediate green-blues, depending on the rock composition of its country of origin.

Unlike most birthstones, turquoise does not occur in whole transparent crystal form, but as translucent to semi-opaque clustered masses, nodules, solid veins, lining cavities in host rock, or as a replacement of dissolved crystals or fossil plants in those cavities. Turquoise was found in man's search for copper, and it is this metal that contributes its blue color.

Gem turquoise that retains its original color has long been differentiated by mineralogists as "old rock", as apart from the whitish "new rock" that is of much lower value. Good quality turquoise can be found within a few feet of the land surface. Sometimes fossil material like teeth or bone come into contact with a phosphate of copper and iron, and this is labeled odontolite or bone turquoise/ fossil turquoise/ Oriental turquoise, even if the material is not related to the stone.

Turquoise has been called many names through the ages. The stones Pliny recorded as callais and callaina are believed to refer to turquoise, though the modern callaite/callainite is a different mineral family. The present name has endured from the French pierre turquoise, meaning "stone from Turkey," not because there was its source, but because the stones found their way to Europe through Turkey, from its main ancient source - Persia.

In Persia, turquoise crisscrossed the mountain ranges in veins of clay-slate. The best came from the province of Khorasan - Nishapur, Azhari, Bu Sahaqi, Madan. The mines of Nishapur along the Mesopotamian trade routes were said to belong to Isaac, the son of Abraham. It was said the Persians got hold of turquoise from great mountain heights of 4,800-5,900 feet by shooting arrows to detach host rock that projected from its cliffs. It was moisturized with water, then oiled and filed to become workable, being at is best color in humid conditions. If it lost its luster after oiling, its luster was restored by applying sheep fat. Its appearance also changed according to the weather, the winds, and scents that circulated near it.

Persians found turquoise to be harder than lapis lazuli. It was called sabaj, believed to burst when an evil spell was cast, thus dispelling its effect. Necklaces of turquoise were thus made for children. Sentences from the Koran were also engraved in gold for turquoise amulets. These were also attached to the bridles and frontlets of horses in the belief that they helped stabilize and energize the animal. They also believed that anyone who saw the new moon reflected in either the cover of the Koran, or in the face of a friend, or on the surface of a turquoise had good fortune in store. This belief also found its way to Hindu mystics.

In Iraq, turquoise in grapelike clusters were preferred, the largest specimens put on display and valued at hundreds of dirhams and dinars. Large single turquoises were also displayed in the courts of sultans'. The palaces paved its floors with material, crafted into complete dinner sets and wine goblets. These items were so precious that jewelers who accidentally broke any piece were said to flee for their life.

Turquoise from the Sinai peninsula was acquired for the pharaohs, and was known and frequently used in Egypt. It was formed into pendants that hung at the center of beads of carnelian and shell, embedded in arm bracelets and inlaid in gold in various designs of jewellery. The blue turquoises in the treasuries of King Tut are of such high quality that their color has not changed at all to this day. They also fastened turquoise to silver mounts to treat cataracts.

The Chinese carved decorative sculptures of turquoise even 3,000 years ago. They value it next to their prized jade. At the start China's turquoise was imported from Persia and Tibet, but eventually they found turquoise within their borders, slightly greenish-blue. New turquoise deposits are still being discovered to this day, especially in Hubei Province in Zhushan County, where the largest documented turquoise block weighed 220.46 lbs / 100 kg.

Turquoise is sensitive to extreme heat, bright light, and substances like soap, water, and grease, so it turns slightly darker once it absorbs body oils, lotions, cosmetic residues. The best way to clean it is with a soft polishing cloth to maintain its radiant celestial hues.