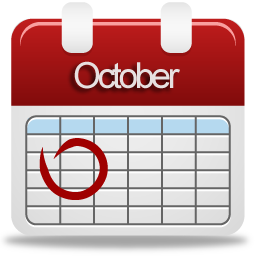 Opal, the only gem that doesn't fit into any single description of a precious stone, is the birthstone for October. It is said that no two opals are exactly alike. But it is sensitive to moisture and is more fragile than its fellow gemstones. It displays a brilliant array of colors which dazzle the eye. It's almost like its a ruby, amethyst, emerald, and topaz all in one.

Many hypothesis have been made as to what causes this peculiarity in the opal. Sir Isaac Newton observed that this color interplay was brought about by the refraction and reflection of light on opal's numerous and crisscrossing fissures.

Opal is made up mainly of silica, the same as quartz, but the silica is in amorphous and hydrous spheres. The precious (gem) opal is made of layered spheres that are uniformly arranged, while common (potch) opal has spheres that are irregular and erratically-sized. The orderly arrangement of spheres in precious opal creates a regular pattern of three-dimensional spaces in between spheres through which light waves travel, diffracting and reflecting. Black opal's dark base provides more color depth, and commands a higher price.

Opal derives its name from the the Greek and Latin hopallios or opalus, and the Sanskrit "upala" meaning "a stone or rock.

The Roman senator Nonius refused to surrender his opal stone to Mark Antony, and chose exile instead. Much later, in the 18th century, a peasant found a brilliant opal among the ruins in Alexandria, Egypt, and for a time many people speculated that this was that famous opal of Nonius.

Beginning in the Middle Ages, opal was sourced mainly from Hungary, and its mines in Czernowitz in the Carpathian mountains were actively exploited. It was called "ophthalmias" or eyestone. As early as 1500, more than three hundred men were employed there to search for opals. The skillfully worked mines yielded the hardest and most durable opals, which were transparent and colorless upon first extraction, but slowly revealed its distinctive iridescence upon losing its excess moisture under sunlight.

Hungary, and sources in Slovakia and the Czech Republic were the main source of opals for 2,000 years until the early 20th century, when deposits were found in Mexico, Honduras, Brazil and most prominently, Australia. Its New South Wales region slowly became famous for its rare black opal.

Honduras is another prominent source of opal -white opal, black opal, crystal, and matrix, exporting metric tons of rough opal to Europe and Asia. Other countries with authentic opal deposits are Brazil, Ethiopia, and the USA.

No stone is more difficult to imitate. Ancient people though, had successfully imitated opal to the point where the counterfeit was indistinguishable from the genuine.