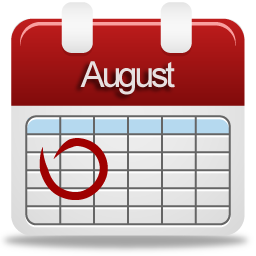 Peridot, the gemstone with its distinctive yellowish-green hue, is the gemstone for August. When slightly yellow it is called chrysolite, and when olive-green it is called olivine. While abundantly found Peridot that may be cut as a gem is rare. The level of Green depends on the amount iron its crystal structure contains, so varieties of peridot may range from yellow-green to brownish-green. It is frequently found as masses of small crystals, but it is also found in large dimensions. Peridot is also often referred to as "poor man's emerald."

But far from being poor, peridot's history has a rich ancient lineage. It comes from deep within the earth's mantle, unlike other gemstones which seem to have formed at a relatively shallower depth. Egyptian papyri record that this gemstone, which they called "the gem of the sun," was mined in 1500 BC. The name peridot is derived from either Arabic "faridat," (precious stone) the French "peritot" (gold). In ancient literature, peridot was better known as chrysolite, or by its Greek name "topazios".

Snakes & the Emeralds of Cleopatra?

About 3,500 years ago, there was only one source for peridot and this was the "Serpent Isle," a volcanic island in the Red Sea also known as Zebirget/ Zabargad/ St. John's Island, within the vicinity of Egypt. This land formation was unique because it was actually an uplifted part of the earth's mantle.

Rocks found on the island are from the deepest parts of the earth's crust. The original ancient mine is now underwater, but fairly large transparent lime-green peridot specimens can still be seen in museum collections. This island was said to be guarded by poisonous snakes, which the pharaohs ordered driven away so the peridot mines could be explored. The collection "Emeralds of Cleopatra" are actually fine gem-quality peridots.

Mining for peridot in the original Zebirget mines went on for a hundreds of years and was widely renowned in the Arab world, until the decline of the Greek, then Roman, empires. Later another peridot deposit was again found, but that too is now abandoned.

Peridot, known in classical Greece and Rome as "topazos" was said to be the only precious stone that the Romans mounted in jewelry in full transparency, unlike other brilliant gemstones that they set in gold or copper foil. The peridot trade was a rich source of industry for nearby port-cities, like that of Berenike, whose rise and decline depended on the trade for these gemstones.

Peridot from Arizona (often yellowish green or gold-brown green), is found often in the territory of the Apache in San Carlos. The peridot mine, called Peridot Mesa, is but a small remainder of their original territory from which they were displaced, but it is said to the most gemstone-rich piece of land in the USA, with one of the most significant peridot deposits. In early years Apache used to sell 5-gallon buckets of peridot for $5 each. According to the US Geological Survey, the San Carlos Apache produce up to 95 percent of the world's gem peridot.

The peridot is today cut to follow the original crystal shape in which it occurs. Only the master gem cutters can work with peridot, as its crystals can be easily cracked because of its high level of interior tension.