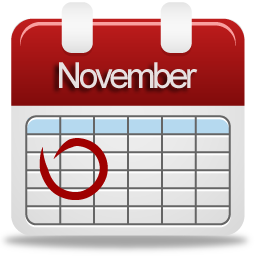 Citrine, a variety of quartz which is most desired for its golden lemon yellow hue, is the birthstone for November. Though quartz is the most common mineral on the earth's surface, naturally-occurring citrine is rare. It was long treasured as a "gift from the sun," its golden yellow coming from its iron content. It is one of the gemstones that can still be obtained in comparatively large sizes.

Citrines are found in all the shades that range from pale yellow to a warm orange brown, even reddish-brown like the color of clay.

The name "citrine" from the French 'citron' or the Latin 'citrus' has an adventurous history as its coverage was not determined until the 1556, when Georg Bauer, also known as Georgius Agricola the "father of modern mineralogy," used it to replace the plain name "yellow quartz" in the gemstone jewelry book De Re Metallic.

Natural citrines have been featured throughout recorded history, but under several distinctive names, most having to do with its color or its source. Look around and you may find that stones recorded in ancient writings or literature as topaz, Bohemian topaz, Brazilian topaz, citrine topaz, or any other 'topaz' appellation, are actually citrine.

For thousands of years, citrine adorned tools and jewelry. It was well known in ancient Greece, and ancient Romans crafted it into jewelry and intaglio engravings. It was worn as an amulet against snake poisoning, evil thoughts, and sudden calamities.

Rio Grande do Sul in Brazil

Most of the gem citrine today comes from the mines of Rio Grande do Sul in Brazil. These deposits were embedded by magma from volcanic explosions. It is also found in Russia's Ural Mountain region, Hungary, France, Madagascar, Uruguay, Bolivia, the USA, and wherever quartz is found.

Keep it in the Family

Within the quartz family, citrine and amethyst are so closely tied that each can be transitioned to the other using heat treatment, as their only difference lies in how oxidized their iron content is. But because amethyst is more widely occurring, it is the stone that undergoes heat to fade its purple color into yellow, instead of the other way around. This process can also be reversed, either synthetically by irradiation. Most of the citrines on the market are heat-treated amethysts or smoky quartz. Natural lemon yellow citrines are more highly-valued.

Heat-treated amethysts are also said to have the same therapeutic qualities as natural citrine, but no longer has the dichroism present in yellow quartz. They do acquire an attractive reddish hue so a citrine appears slightly duotone. But if this heat-treatment takes place in its host rock, as in amethysts heated by underground geothermal vents, then those stones emerge with all the qualities of natural citrine.