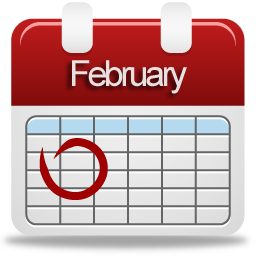 Amethyst, the most highly-prized variety of quartz, is the birthstone for February. It possesses a distinctive violet color that may range from light pink-violet to dark purple, the most coveted color being a clear violet with bursts of rose. It is rarely of an even uniform color, because its unique layered crystal structure. Collectors also seek out amethyst in its natural state, which grow on host rock like obelisks jutting out at various angles, its color in a progressive gradient due to the natural radiation found in quartz.

The ancient Greek phrase "a methustos" meaning 'not intoxicated' is the origin for the name for amethyst. Why you might ask? Well most ancient cultures thought it would prevent the bearer from becoming drunk. Thus as a precaution, both Greeks and Romans wore amethyst and even drank from cups encrusted with it. Powdered amethyst was mixed into a drink to help a drunkard gradually become sober.

One legend says Bacchus, the Roman god of wine declared in a fit of anger that the first person he meet should be attacked by tigers. A maiden named Amethyst was just then passing by on her way to the temple of Diana, and became Bacchus' unwitting victim. As the tigers attacked, Amethyst called on Diana, who then turned her into a white stone to save her from death. When Bacchus realized the cruel results of his anger, he poured the juice of the grape onto the white stone, which then acquired its distinctive violet hue.

In another Greek story, amethyst came about as a result of Diana turning into stone a girl whom Bacchus loved, thus the amethyst is also called 'Bacchus stone.'

The planet Saturn is said to be the governing planet of amethyst, and Ancient Greeks used to have seven rings, each set with a different stone to be worn for each day of the week.

In the Middle Ages

In the Middle Ages, amethyst was believed to make a man more attractive to noble women. It became a major ornament in the vestments of Catholic clergy. Bishops and cardinals wore amethyst rings as a reminder of chastity. Also as a symbol of sincerity, selflessness, piety, spiritual wisdom, and to help uplift the spirit. It is in prelates' crosses and in the Italian Papal Ring. It is called the Bishop's Stone.

Dreaming of amethysts meant you would be free from harm. It is claimed to help those with insomnia regain sleep, and induces intuitive dreams when kept under one's pillow, aiding dream recall upon waking. This quality of inducing sleep was also a way of staving off the effects of intoxication.

Because of its purple color, amethysts have stood for royal rank throughout history in Egypt.The names of God(s), kings, and priests were engraved on the base of funeral scarabs made of amethyst, or in rings engraved with the eye of Horus, to symbolize the resurrection of the body.

Catherine the Great, Empress of Russia loved beautiful Russian amethysts and sent thousands of her subjects into the Ural mountains to search and mine them. The bust of Trajan, captures by Napoleon in Berlin, is sculpted from amethyst.