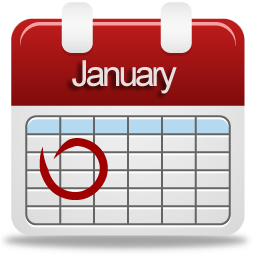 The purplish-red and reddish-brown varieties of GARNET are the birthstones for January. Though Garnet occurs as a fascinating array of crystal forms that appear in all colors of the spectrum except blue, it is most often the Almandine (red with a hint of violet), and Pyrope (red with a hint of brown) garnets that are referred to when looking for a gemstone for someone born in this heavy winter month. The deep warm hues of garnet are a comforting counterpoint to the icy blues of snow and ice . With its reddish tones slightly changing with natural or man-made light, no one can bear to feel cold for so long when reminded of blood pulsating, ripened cherries, fiery red peonies, or the warmth of love evoked by its wine-red hues.

This warm-hued birthstone is one of the very few gemstones known to man as early as preserved records show, all 7000 years, in the company of amethyst, amber, jade, lapis lazuli, emerald, and turquoise.

As expected it has layers of lore connected to it. This birthstone is said to have an ability to guide its holder through perilous conditions. Noah is said to have used garnet to help him find his way around the inner part of the ark during the darkest days of the Great Flood. It's luminescence was also said to assist travelers as a kind of GPS to their destination and journey safely through stormy seas.

This helpful quality was reflected in the Greek custom of giving a garnet to a loved one to ensure they would return safely, as their husbands, fathers, sons, brothers, lovers, often kept went to war.

As a talisman, its blood-red color has been called to action to help warriors and heroes. Garnet was supposed to protect the wearer from harm, but inflict a bloody end to his enemy. The safer the wearer, the deadlier the wound to his foe.

The Crusaders studded their armor with garnets, as protection, an early-warning device, as the reddish color was said to alter danger. And conversely, if the garnet's luster began to diminish, that would mean defeat or disaster.

In Asia, garnets were even added to arrows shot from bows, as they were believed to worsen the wound for its target. George F. Kunz, the prolific mineralogist and writer of gemstone books in the early 20th century, records, among many observations that garnet was believed to "insure power, grace, and victory to the wearer."

Garnet was also thought to oppose black magic, negative energy, bad dreams, poisoning. And if a figure of a lion was engraved, the added symbolism was said to ensure health or cure. In the Middle Ages, its blood-red association was believed to help stop hemorrhages, bleeding, and blood disorders. As well as stabilize heart conditions, normalize blood pressure, lung problems, liver troubles, and internal rhythms. Thus cleansed and detoxified, the body, mind, and spirit acquired renewed enthusiasm and vitality.

Garnet continued to be highly valued throughout history and for a time was almost as valuable as ruby. The King of Saxony was said to have a large 465-carat garnet. Wow!

Today garnets are often mounted in gold, silver, and platinum in classic jewelry designs as well as newer forms like charm bracelets and stackable rings, among others. If this happens to be your birthstone you can pick one up at your local jewelry store or oneline.