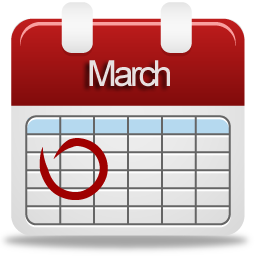 Aquamarine, is the seawater greenish-blue variety of Beryl and the birthstone for the month of March. Aquamarines name is taken from the Latin "aqua" (water) and "mare" (sea). This gem is perfect for the month because March is when beaches display their best sea blue.

It is the iron content that makes aquamarine a bit more blue than the other variations of Beryl. Colors range from the palest blue to teal or bluish green. The more intense blue, the more desirable it is. While other gem colors fade or pale in sunlight, aquamarine when free of inclusions shines with uninterrupted clarity and retains its color and brilliance.

Down by the SeaShore...

Aquamarine has long been valued by cultures near the sea or oceans. A transparent aquamarine talisman is the shape of a bull was been found and was dated back to Babylonian times. During the period of the Second Temple, the Jewish High Priest wore two shoham stones on his shoulders, later found to be aquamarines, each engraved with the names of six tribes.

In Greek tradition, aquamarine was the third of seven amulets worn during the week.

Ancient Romans believed, as Pliny the Elder wrote, that it came from the treasure trove of mermaids, and was a sacred stone to Neptune, god of the sea. Thus seafarers wore talismans made of aquamarine, with an engraving of Neptune, to shield them from storms, seasickness, and other sailing perils while at sea. Much later many associated aquamarine with Thomas the apostle, who travelled to India and other countries that could only be reached by sea.

Aquamarine is also said to add life to its wearer. People had the stone ground into powder and mixed it with their drinks.

Wearing aquamarine close to the body was said to be effective in alleviating anxiety. Its restorative properties were also said to lessen the potency of poisonous ingestions, and was much sought after by high officials and nobility.

Some aquamarines are heat-treated at a high temperature to bring out its blue color, and remove its greenish or yellowish tones.