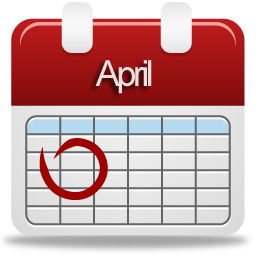 Diamond, the birthstone for April, is the gem of the highest levels of brilliance, and hardness. It is hundreds of times rarer than the most precious metal, gold, and is often found in mineral deposits. The diamond is valued as a symbol of transcendence, beauty and excellence. It yields all the colors of the spectrum. The invincible qualities of the diamond are said to match the characteristics people born in the month of April. These people are often strong-willed, stubborn, aggressive, active, energetic, unrestricted, and ambitious.

Of all the gemstones, diamonds are said to be the most mysterious. While geologists seem to have several explanations and theories for where diamonds come from and how they grow, the origin is still a matter of speculation and intense interest. Among these theories are that diamonds were formed from condensed and crystallized vapors of carbon; or from petroleum nodules collecting in itacolumite matrices; or from coagulated masses of gum from vegetable material, which subsequently crystallized, a theory formed by Sir Isaac Newton and supported by many later geologists. Numerous theories abound to this day.

Where are they found?

Diamonds form deep below the earth's crust, in the mantle, and are only thrust to the surface during violent eruptions through volcanic formations known as kimberlite or lamproite pipes, the primary sources of diamond.

The secondary source of diamonds are in alluvial deposits, and though they make up a small proportion of total production, the diamonds found there are of higher quality.

Diamonds have sometimes been found to contain particles of gold, and have also been found in extraterrestrial objects such as the famous Canyon Diablo meteorite.

According to legend, diamonds were first found in India 8,000 years ago. Ancient writers considered diamonds to have come from gold and from the sun.

Syrians and Phoenicians are said to be the first to use diamonds for jewelry. But Persian legends considered diamonds and precious stones to cause much sin and sorrow, arising from the greed of those who sought them.

Not So Cool Historical Fact

The diamond has been the catalyst and centerpiece for great battles, violent crimes, tragedies, historical upheavals. Whole communities of miners uprooted themselves from homeland to stake their claims in faraway territories during a diamond rush, often in the middle of vast wilderness, or parched deserts. Kings waged wars just for dominion over realms that have yielded diamonds. It is in the search for this and gold that most other gemstones and minerals have been found.

Diamonds were mounted in religious icons, crosses, and vestments. Medieval Italians who were looking for significance in the names of precious stones took diamante to mean "amante di Dio," and regarded it most suitable for religious use. Hindu texts indicate that Nirvana could be obtained by offering a diamond when worshiping.

When India's diamond supply dwindled, the industry moved to Brazil, then to South Africa. According to G.F. Kunz, when diamonds were first discovered in South Africa in the late 19th century, large stones were commonly worn around the neck. De Beers, which was founded by British businessman Cecil Rhodes, a consolidation of several small mining operations, a result of the diamond rush began by a discovery of diamond deposits in 1870. Today, diamond mining and production have extended to Canada, Russia, and Australia.

It is only in our relatively modern period that diamonds have been incorporated into jewelry. It was in the 20th century, with the "A diamond is forever" marketing campaign of De Beers that created the current fad of using them in engagement rings.