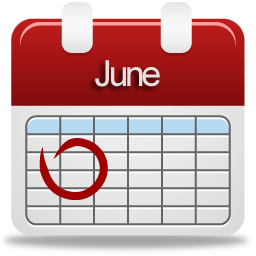 Pearl, the only organic gem in the birthstone sequence, is the birthstone for the month of June. It was most likely chosen for June by gemologists, from its virtues of purity and womanhood, connected to the month being a traditional time for brides and weddings.

Its "pearly white," resembling a milk drop or a date tree's sapling. Its luster and purity are held as the highest standards. For a long time, the pearl had been likened to the fair radiance of the moon, and was considered a "queens gem".

Despite being made of a soft material that is easily worn away by the elements of weathering and time, the pearl has a rich storied past spanning vast continents from the islands of the Pacific to the seas of South and Central Asia and Arabia to the oceans of the Americas.

Pearls were well known and valued throughout the Persian empire, where queens wore ear-pendants of pearls and magnificent strands and ropes of pearls. Pearls also adorned their sculptures and statues. Men in Assyria and Persia even wore pearls in their beards, in their robes, and in their tiaras. One of the most famous items, the Susa necklace, contains three rows of pearls, 216 pearls in all, divided into sections by solid gold disks.

Chinese literature theorized that pearls originated in the brain of a dragon, and that there were pearls so brilliant they could be seen in the dark from a great distance. Chinese also thought that the pearl was "the hidden soul of the oyster." Pearls were greatly valued in China, as amulets and charms against disasters, and were given by princes as offerings to idols, and tributes to the emperor.

Biblical references are made to the pearl, such as "the pearl of great price" to symbolize something far more precious than material gems, worth searching for and selling one's possessions for. In the New Jerusalem, each of the twelve gates was made of one pearl (Pearly Gates). Arabian literature describes Paradise as having maidens like hidden pearls, and stones and fruits made of pearls in abundance.

Natural pearls are either shaped round, or like a pear, droplet, egg, or button. An ideal pearl must be smooth and lustrous, without cracks, scratches, spots, or flaws. As natural pearls have become extremely rare, most of the pearls available in today are cultivated pearls.